Update Required To play the media you will need to either update your browser to a recent version or update your Flash plugin.

This extended fanfare was composed in tribute to the heroism of the men of the wartime RAF Bomber Command for the occasion of its 60th Anniversary Commemorations in February 2002 at St Paul’s Cathedral. The title refers to the Lancaster Bomber. In a letter to the head of Avro after the war, Marshal of the Royal Air Force Sir Arthur Harris, the Commander in Chief of Bomber Command, said of the Lancaster:

“I would say this to those who placed that shining sword in our hands: Without your genius and efforts we could not have prevailed, for I believe that the Lancaster was the greatest single factor in winning the war.”

As featured on the RAF Massed Bands Tour 2002. 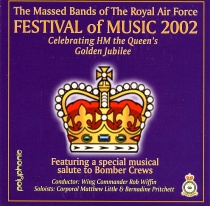 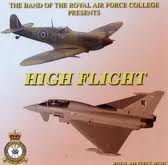 Recorded on Festival of Music 2002 Polyphonic QPRM 142D,
and High Flight The Band of the RAF College RAFMS/CD05006